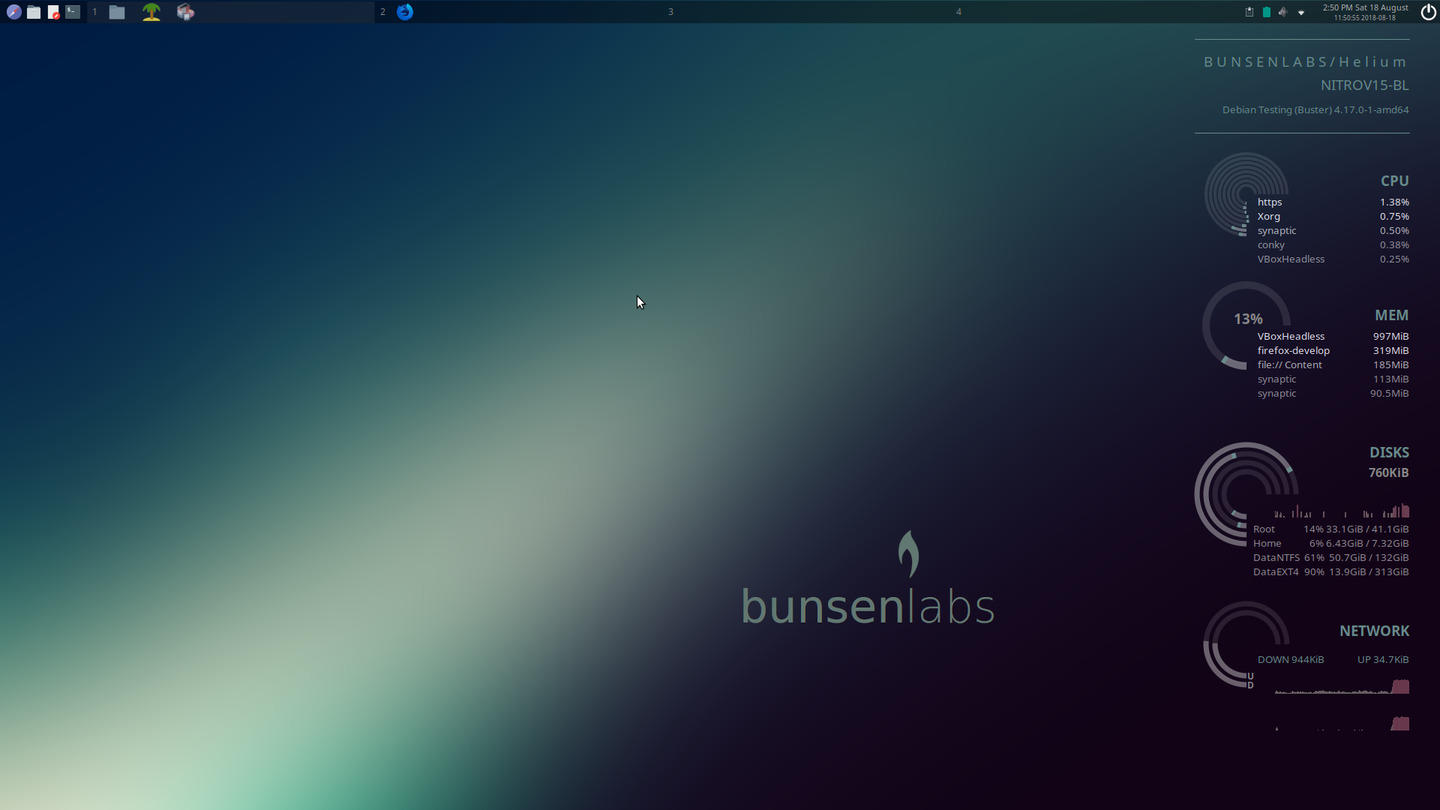 Bunsen Labs is a Debian based GNU/Linux distribution that showcases the Openbox window manager, continuing this role after its spirtitual predecessor, Crunchbang, ceased development. Like Crunchbang, it makes an Openbox based "desktop environment" usable out-of-the-box, configuring Openbox and the various programs that are usually used with Openbox to make a complete desktop environment.