Clear Linux, as is mentioned on the project's website as one of its standout design features, places a priority on security, considering it in its core design instead of as an additional consideration outside and after the core design.

Clear Linux places a priority on security, considering it in its core design instead of an addition outside the core. 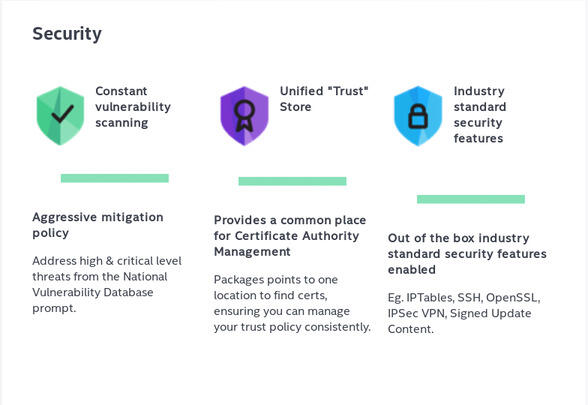 Infographic from the Clear Linux Website Showing Some Security Features

Below are some of the features highlighted on the project's website.

In order to use third-party kernel modules, it is possible to disable enforcement of kernel signature verification by including module.sig unenforce in the file /etc/kernel/cmdline.d/allow-unsigned-modules.conf and running sudo clr-boot-manager update