The AUR (Arch User Repository) provides makes binary packages of Firefox Beta and Firefox Developer Edition available, making it simple for users of Arch based distributions to install and update these release channels. Pure Arch users will have to go through an inconvenient process to be able to use the AUR.

Users of other distributions have some options for installing the non-stble release channel editions of Firefox, but these are not as good as those available to those with access to the AUR. For example, Ubuntu has two Mozilla PPAs -- Firefox and Thunderbird Daily Builds PPA and Official PPA for Firefox Beta, but unfortunately, installing from one of these PPAs will replace an existing installation of the stable release channel Firefox. And openSUSE provides a Mozilla openSUSE Build Service repository which distributes the Developer Edition and the Extended Support Release versions of Firefox. 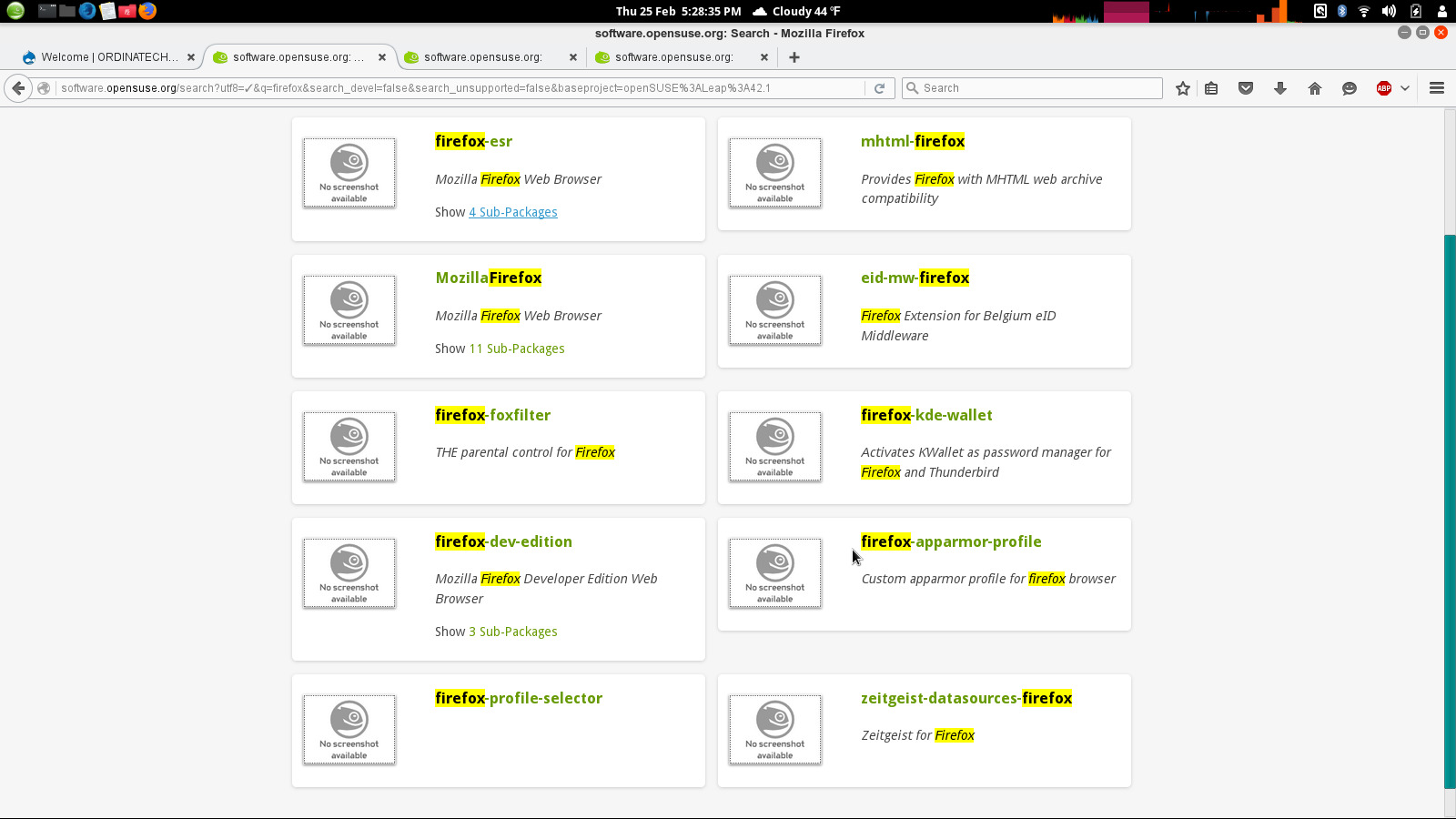 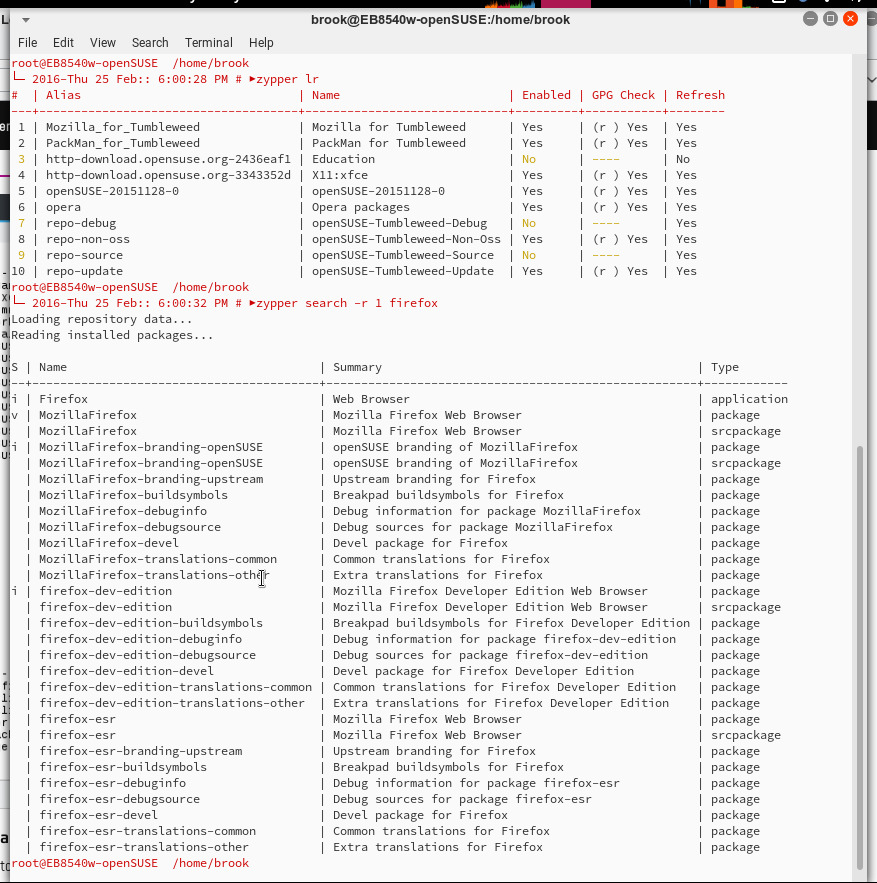 But what if openSUSE users want Firefox Beta and Ubuntu users want Firefox Beta and Firefox Developer Edition without replacing the default installation of Firefox? The solution is to install these editions manually. The rest of this article will describe the process of installing Firefox Beta manually in an openSUSE Tumbleweed system where Firefox (stable release channel) is already installed by default by the openSUSE installer and Firefox Developer Edition is already installed from the OBS Mozilla repository.

All release channel versions of Firefox can be downloaded from Mozilla's Firefox Channels page as tar.bz2, archives. 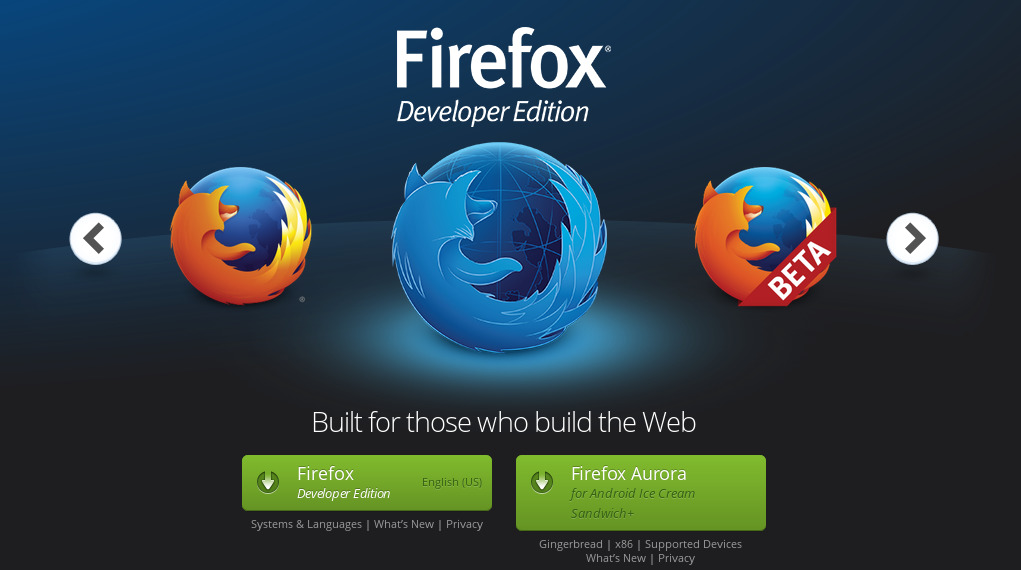 The Firefox Channels download page.
The stable, beta, and developer editions of Firefox can be downloaded from this page, as well as the Android version.

The top level folder name in the archive will be called firefox regardless of the edition downloaded.

The above process will add Firefox Beta to the system and when launched it will use the profile specified by the -P option in the Exec lines of the desktop file. If you want to select from the available exiting profiles instead, change the Exec line to

Other options can be viewed with firefox-beta --help.

Other useful additions to the desktop file are possible in a more standard version of a desktop file for Firefox which the openSUSE packagers didn't provide. Looking at the Firefox desktop file in my Manjaro installation, there are also the entries:

If either of these actions are included in the desktop file, the Actions value has to be modified to include the entries, for example if both of these are added the Actions line would be: 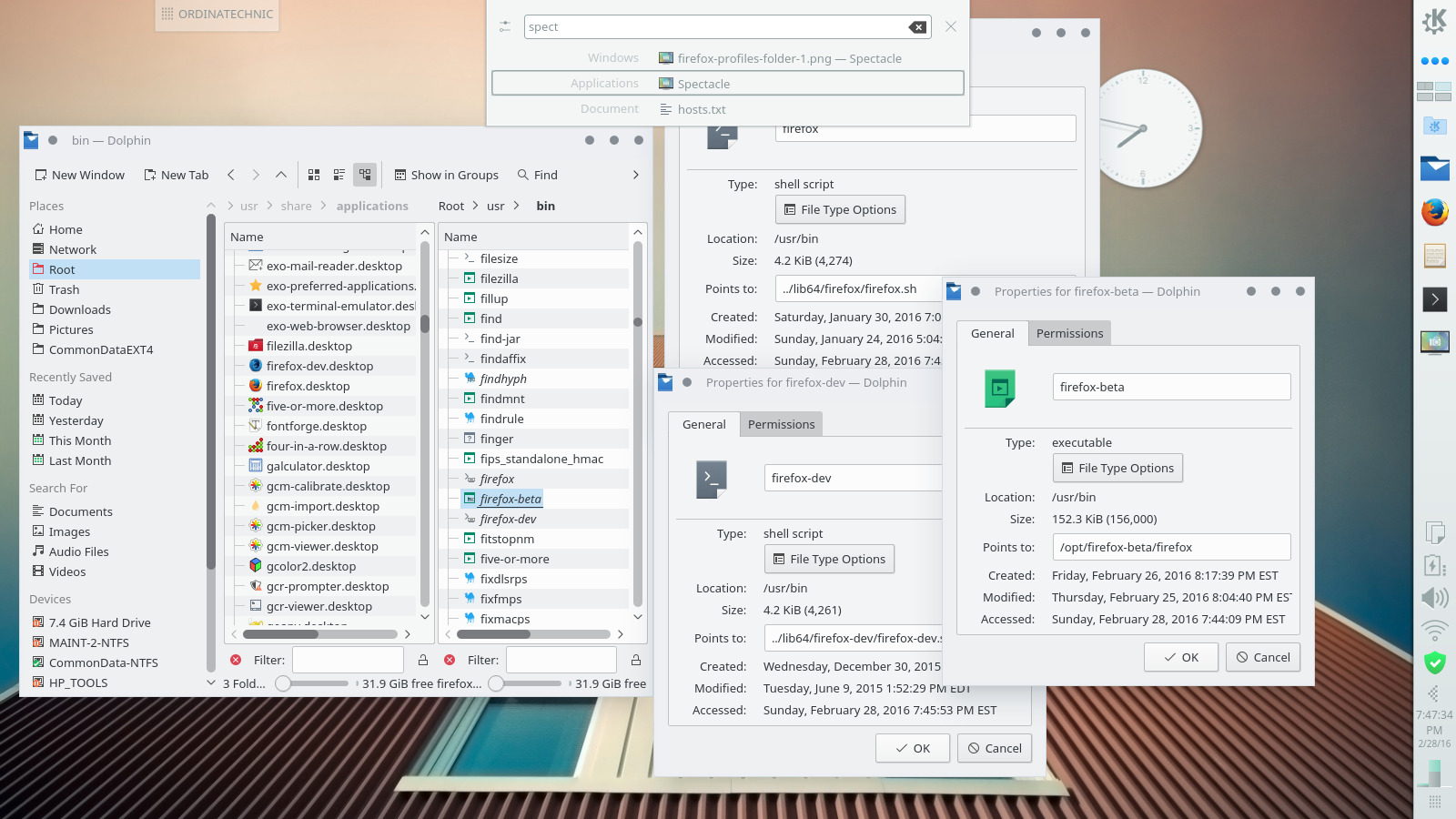 The /usr/share/applications showing the firefox desktop files, and the properties of the Firefox files in /usr/bin.

You should also be sure to modify the desktop files of existing Firefox installations to launch with the profile you want for that installation, or at least modify them to launch with the profile manager. You should also be aware of the profiles.ini file which controls some profiles related behavior of Firefox. In my openSUSE Tumbleweed system it is at /home/brook/.mozilla/firefox/profiles.ini created by the first default installation of the standard Firefox. There are settings in this file that specify that any Firefox should be launched with the last used profile and that specify the default profile. 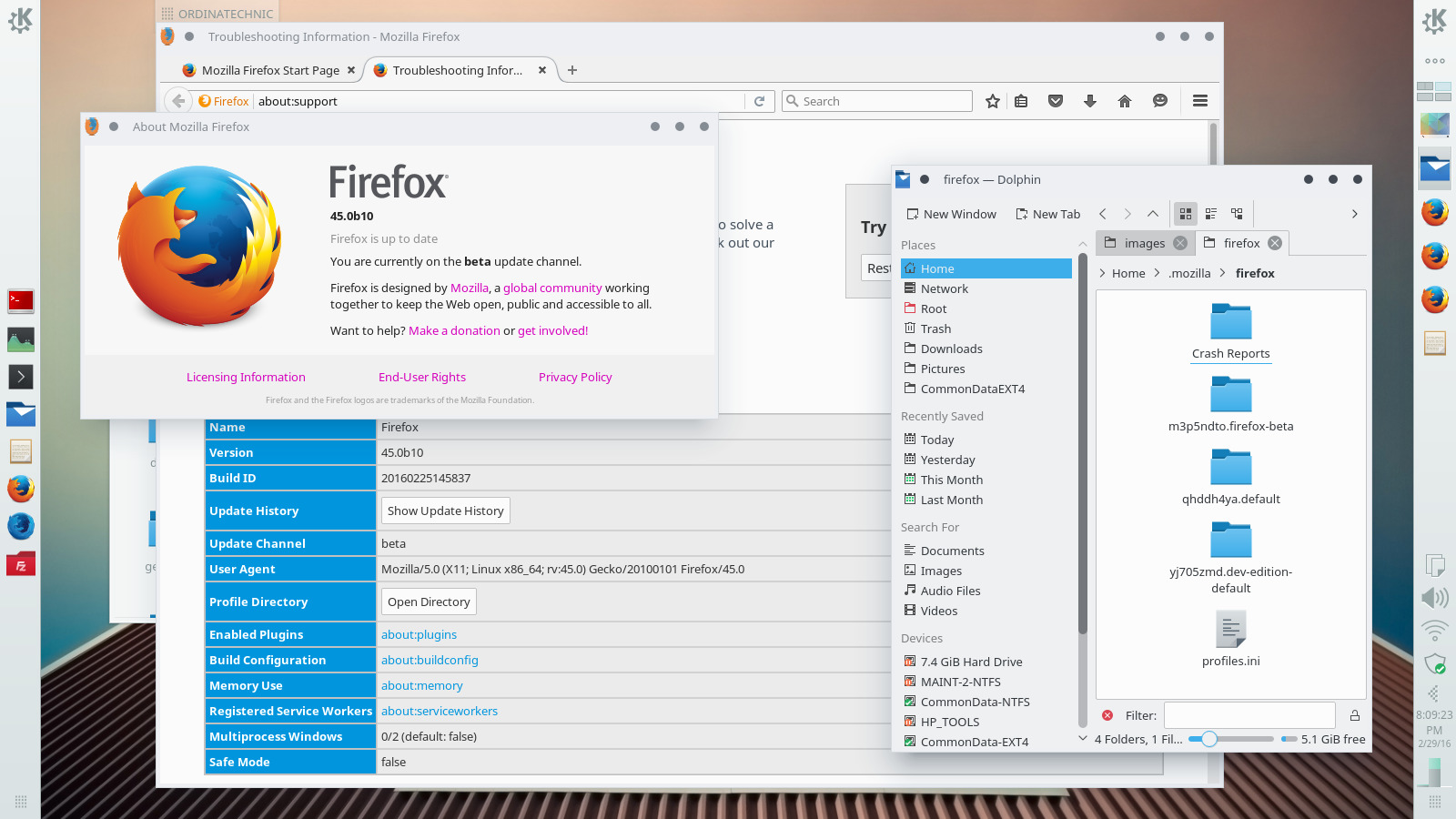 For Linux users who want to install multiple editions -- even with multiple profiles -- but use distributions that don't provide packages for the non-stable channels, it is possible to manually install the other editions. The one drawback of this method is that, if installed in /opt or any non-user directory, automatic updates are not possible; a new version must be downloaded and copied over the exiting version in the installation directory.