Clear Linux installation on bare metal as of Version 28210 is not as simple as as it is on most modern GNU/Linux distributions -- not because its ncurses type installer is particularly difficult to use, but because of its lack of flexibility in specifying installation target partitions.

While Clear Linux is one of the more innovative GNU/Linux distributions, especially when used for its primary original purpose of cloud centric and virtual or container applications, at this point in its development -- at the time of this writing at Version 28210 -- it is not possible to select installation target partitions on more than one disk. For example, it is not possible to specify a root partition on a primary SSD and the home and swap partitions on a secondary partition. Also the disk selected for installtion will be completely deleted, and specified partitions created, even if only selecting existing partitions for reuse in the installation.

You can read the review for more on my experience with CLear Linux, and the preliminary steps before installation, including verifying the Clear Linux optimizations for the Intel Architecture are available on your computer, but below are screenshots of using the installer in the Live ISO Environment.

Some notable points on the installation using the installer provided with the Live ISO: 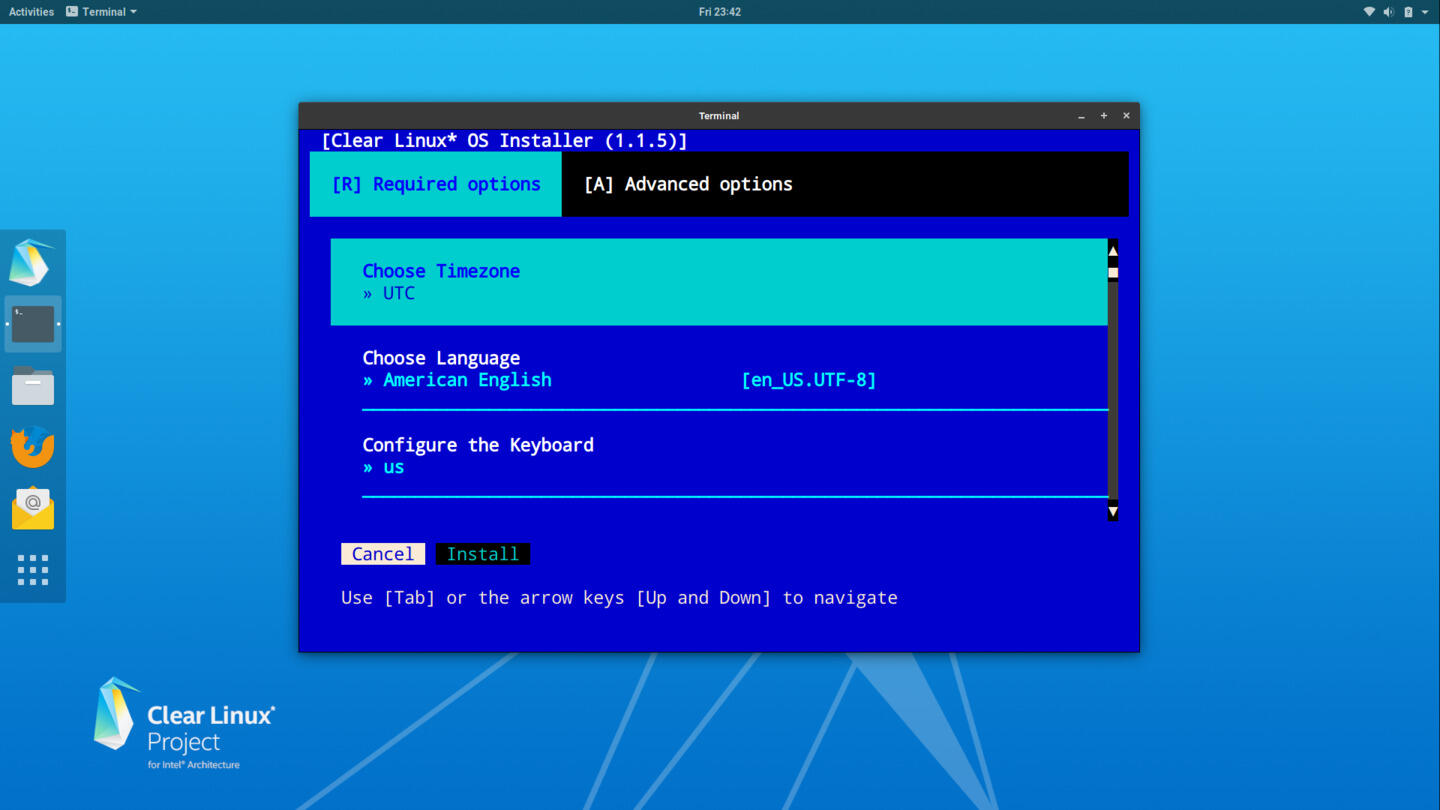 Installing Clear Linux (Version 28210) from the Live ISO Environment Beta
The same installer as in the default Installer ISO image which runs in a console is available in the Live ISO Environment, but in this case running in a terminal within the live environment's GNOME Shell.
Click on any of the thumbnails below to see a slideshow of the screenshots.

If one is willing to accept that the Clear Linux installer will completedly delete the chosen disk to install the distribution, the actual installation using a recent ISO is quick and simple, the only problem in my view being the afore mentioned inflexibility.

Unfortunately, in installing and using Clear Linux it is obvious that its limitations stem from its origins as a platform for specialized cloud, virtual machine, and container uses -- in the case of the installtion a platform where only one filesystem is necessary. However, while not there yet, it does seem that the development team does care about making the distribution more usable on the desktop -- case in point the addition of a Live ISO (still a beta at this point) -- to the selection of installation ISOs.

To learn about the experience of using Clear Linux as a general purpose desktop, read the review.