Garuda Linux installation is typical of many popular Linux distributions as it uses the well known Calamares installer. Calamares focuses on simplicity and ease of use, forsaking the power and robustness of installers such as openSUSE's that allows complete configuration of the installed system in a GUI installer. Because of the focus of the Calameres installer, the setting of installation options is simple and straightforward, although the overall installation was not without its issues when using it to install Garuda.

This article discusses the installation of Garuda Linux, as well as the post-installation configuration upon first boot using the Garuda Setup Assistant, as a supplement to Garuda Linux Review [KDE Dragonized (D460nized),210621].

The Plasma Desktop of the Garuda live ISO, described in Garuda Linux Review [KDE Dragonized (D460nized),210621] Supplement: Pre-Installation includes an icon to launch the Calamares installer. The installer can also be launched from the Garuda Welcome application which is also included in the live ISO.

Other notable items of the installation:

A complete set of screenshots of the installation is included below, where you may discover some more unique features that I didn't mention.

The installation steps with the manual partitioning option, reusing existing partitions on the Dell G5 are shown below. 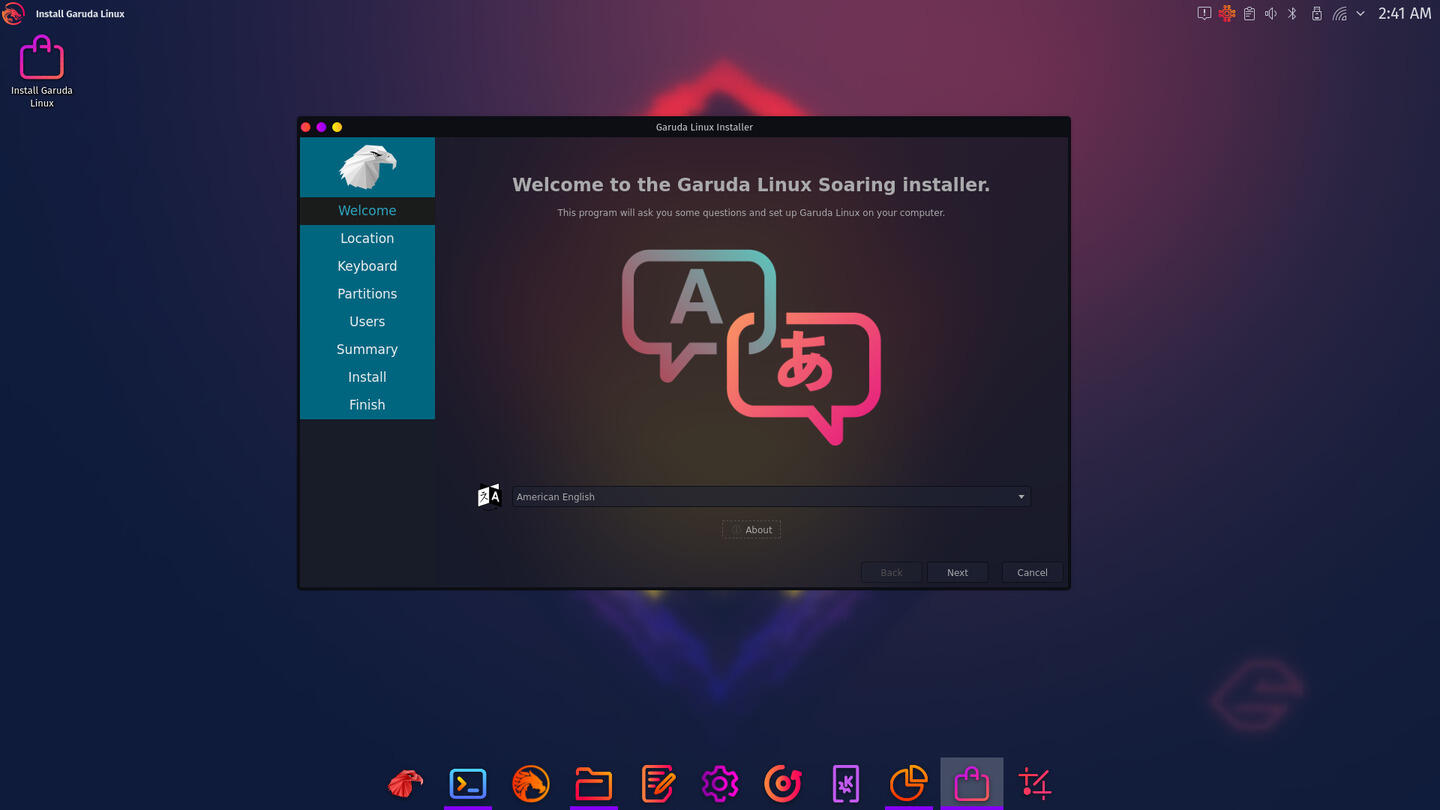 The Installation Steps
The installation steps with manual partitioning on previously prepared partitions.
Click on any of the thumbnails below to see a slideshow of the screenshots.

One of the unique features of Garuda Linux is that it eases the user's setup of the installed system through the Setup Assistant component of the Garuda Welcome application. The Setup Assistant starts upon first boot after installation and offers to perform post-installation configuration tasks including:

The following set of screenshots shows all of the dialog windows presented and the terminals where the actions are performed as a result of the user inputs. 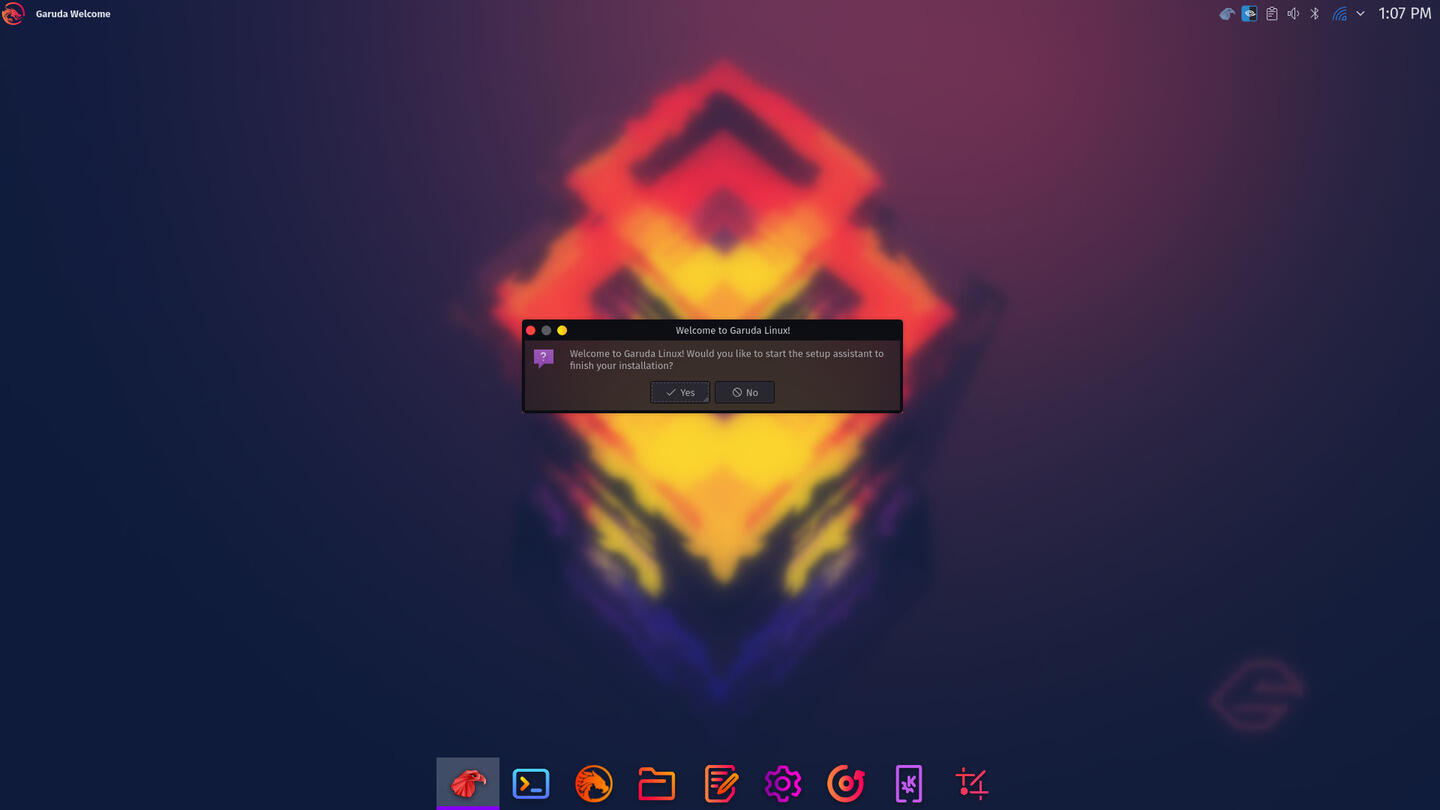 Post Installation Tasks with Garuda Setup Assistant
Upon first boot, users are prompted whether post installation tasks should be performed and additional software installed.
Click on any of the thumbnails below to see a slideshow of the screenshots.

This feature of Garuda Linux is very useful, in installing additional software quickly immediately after installation, instead of over the course of days, as I usually do after installing a distribution, as I realize I need a certain program that is not already installed. I also found its separation of software selections by category in comprehensive lists to be a great way to discover new software. The implementation of the feature -- which is just dialog boxes presented for the bash scripts which do the work -- as a long sequence of separate dialog boxes became tedious. The developers should instead present a single window with tabs separating the categories, similarly to the Garuda Assistant.

Garuda Linux installation is simple and straightforward. The only real issue for those who are installing on a computer with many other Linux installations on other partitions is the inordinate amount of time taken on bootloader installation and configuration during the final phase of the process. The Garuda post installation Setup Assistant is a useful feature that allows users to discover and easily install additional software.